One Foot on Earth, One Foot in Hell

I was raised by Christian parents and went to church as a kid and teenager on Sunday morning, Sunday night, Wednesdays, and Fridays. I even led in worship songs with my guitar in my high school Sunday School class. As I grew into my twenties, I fell away from the Lord and started getting into the secular music scene.  I pursued it for about 17 years. As I continued to live an ungodly lifestyle, I eventually realized that I needed to rededicate my life to Christ. In 2018 I rededicated my life to God, began going to church, reading my Bible, and praying. After six months or so, I began to notice that the sinful things I didn't want to do anymore, were creeping back into my life. My resolve to serve the Lord and live a holy life was diminishing. I was going through the motions but lost my relationship with God.   On Thursday, June 11, 2020, outside a casino/hotel I found myself in my truck struggling to breathe. After drinking and doing drugs all night and into the morning, eating little or nothing at all, my body was shutting down. It felt like a horrible anxiety attack. After sitting there for 30 minutes hoping it would just go away, I called my mom and dad on my Bluetooth in my truck. My parents prayed over me for 2 hours and 8 minutes. I wasn’t really able to speak but perhaps said ten words, mostly “yes” or “no”.  In my mind I was praying to God, asking Him to please forgive me and help me get through this. The more I thought of what I just did the night before, I was ashamed, knowing I had abandoned my spiritual relationship with Jesus Christ. I had just committed to drunkenness and drug use. I was asking God to forgive me, knowing I was dying, and hoping I would go Heaven. I felt like I had one foot on Earth and one foot in Hell. After the 2 hours and 8 minutes on the phone with my parents, I hit the OnStar button in my truck for an ambulance. The EMTs took my vitals – my heart rate was 182 and my blood pressure was very high. They told me to hydrate, eat something, and get some rest. Later I would realize my parents just prayed me out of Hell. 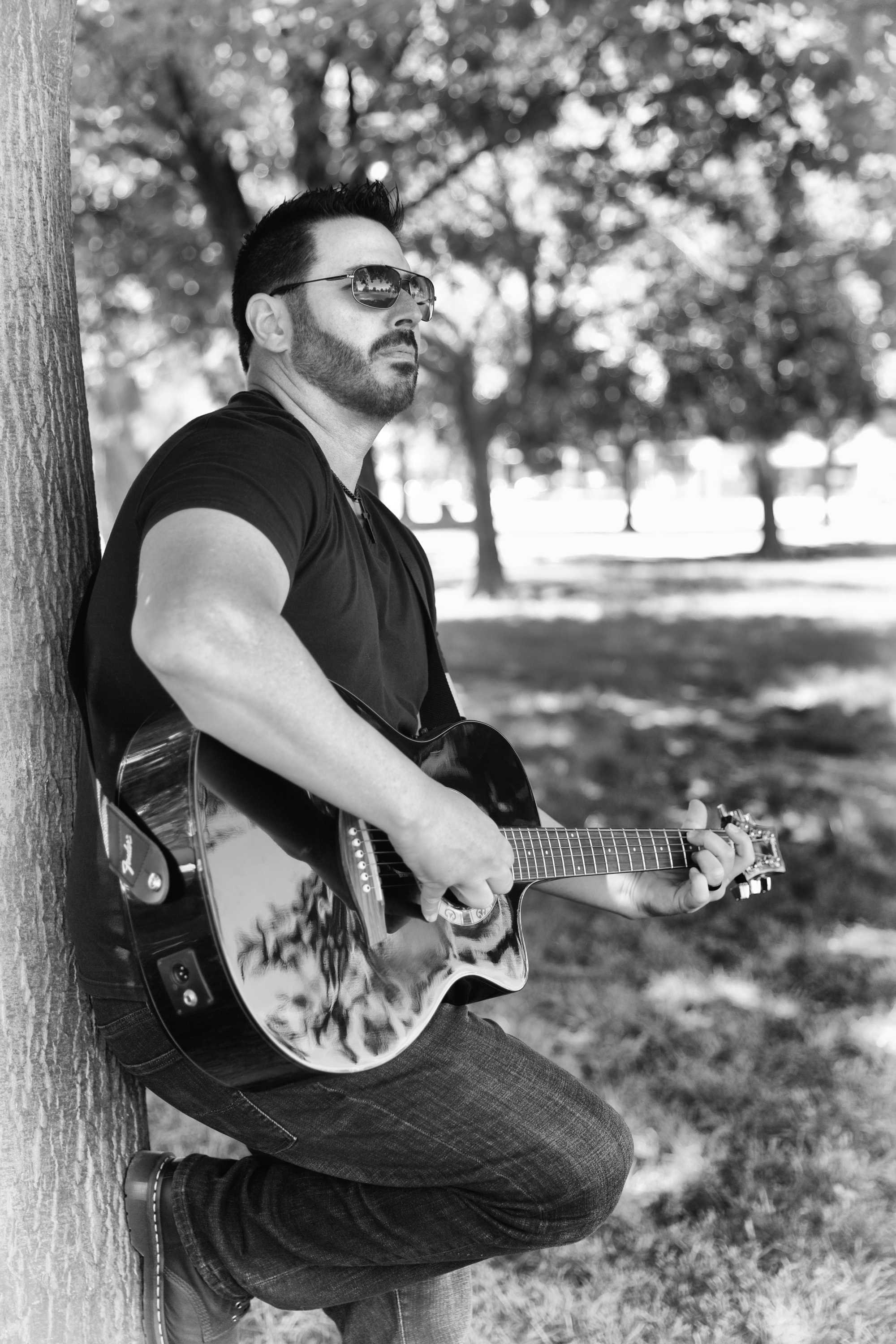 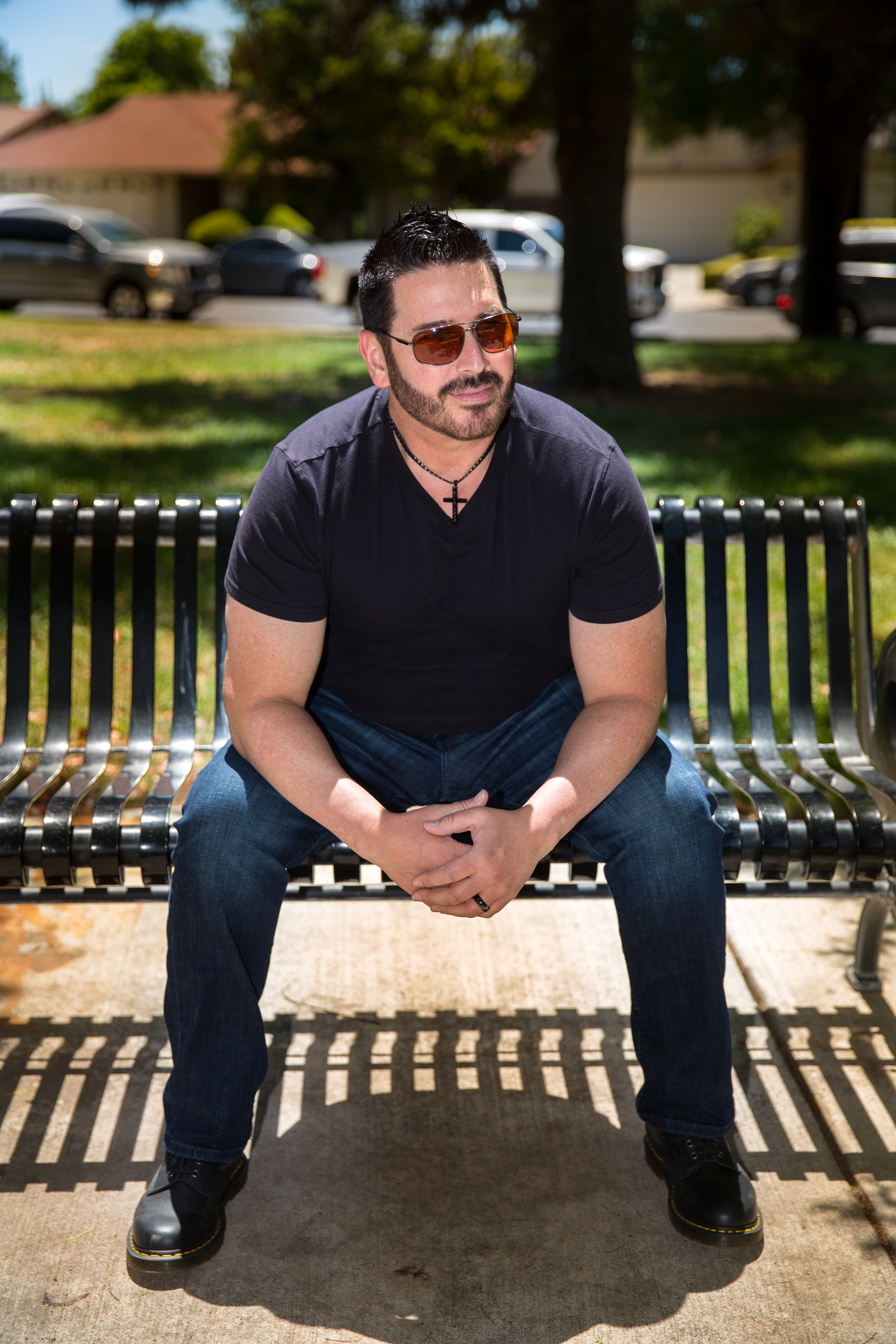 When I got inside the hotel, I headed to the cafe and forced myself to eat the worst breakfast ever. During the meal, my girlfriend called and asked me immediately, “Did you do cocaine?”  I quickly answered “No”. After the phone conversation I boxed up my horrible meal that I would try to eat a little later. As soon as I arrived in my room, I set my bags down and laid on the bed expecting to fall asleep immediately. After about ten minutes of tossing and turning, I looked straight up at the ceiling. A huge white clear spider was spiraling down to my face. I instantly jumped out of the bed landing on the floor. I looked up again and there was nothing there. So now I was seriously sleep-deprived or the cocaine was laced with an hallucinogenic. I then walked over to an ottoman, knelt down and began to pray. I was still struggling to breathe with heavy anxiety, due to the drugs and alcohol. I began to cry out to God, sobbing with embarrassment and shame for my actions that put me here. I asked and begged for His forgiveness. I pleaded with Him to help me get my health back. After about five minutes of prayer and sobbing, I went back to bed to where I would toss and turn, but could not sleep. As I lay there, I felt God was very mad at me. As I poured out my heart, I felt nothing from Him. A couple of hours later, I felt the need to go back to the ottoman for a second time. I knelt down and began to sob and weep, asking God to please forgive me. I did not want to go to Hell. I told him I would never drink or do drugs again. As I was praying, I could feel Him as a tingling sensation. I knew now that Jesus heard my cry. At the time, I was hoping He forgave me. After praying I went to lay back down. As I was tossing and turning again, I felt God tell me, “How many times are you “gonna” tell me you’re “gonna” stop, but don't”.   He also let me know that I had just begged for forgiveness for my life in the truck. Then shortly after, I lied to my girlfriend about the cocaine. Basically He said, “If you want me to forgive you, you need to tell your girlfriend the truth.” I was ashamed to admit to her that I had lied.  She called shortly thereafter, and toward the beginning of the conversation I told her I had to let her know something.  I said, “Earlier when I spoke with you, I told you I didn't do any drugs. Well that's not the case  - yes, I did do some.” She simply said, “I thought so”. 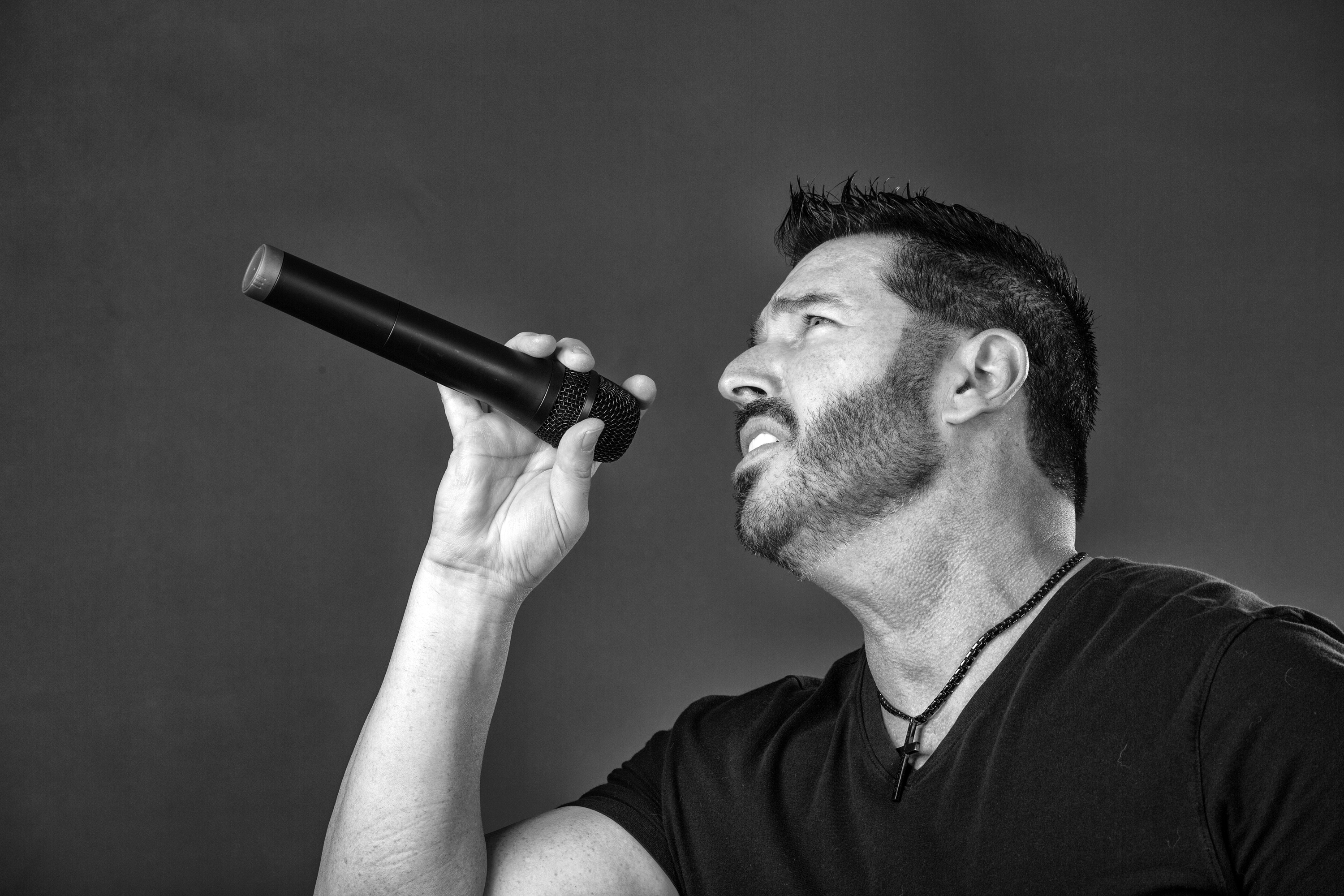 I began to feel that I needed something to prove to God that I was really going to stop doing anything that was sinful or unholy this time. I needed a symbol that I could wear to remind me of the commitment I'd made to God and of the day He saved me from death. I decided to get a cross I could wear with a date on the back commemorating my commitment to remain sober from 6-12-2020. Not only am I going to wear one, but I want to give one each to my mom and dad for praying for me for decades to be free from addictions. I also want to present a cross to my girlfriend, Shanna, whom I had verbally abused when I was drinking.   The third time I went to the ottoman, I continued crying and begging for God’s forgiveness, begging Him to let me live, pleading with Him give me another chance, and showing Him that I was serious.  Around that time, I felt Jesus as a tingling sensation on my body. That was the second time He let me know He heard me. I believed, then, that He forgave me. After praying for a bit longer, I headed back to bed.  Hours later, still with no sleep, I sat up in the bed. I began praying for Jesus’ blood to cleanse me.  I called out for the Holy Spirit and Jesus Christ to fill me again. I felt the first tingling sensation and began to speak in tongues for a short time. Then I felt a second tingling sensation and I knew it was Jesus.   I went to the ottoman for the fourth time.  After being in prayer for about 14 hours throughout the evening, night, and early morning. I began to thank God for healing. I knew that I was not completely healed yet, but was on my way. I knew then that God wanted me to succeed, by visiting me three times, and when I was speaking in tongues through the Holy Spirit. I then headed back to bed. Lying in bed thanking God for his healing, I turned to my left and saw about 100 black moths flying in the air. I became so scared and immediately called on the Holy Spirit to fill the place. I pleaded the blood of Jesus in the room. I cried out, “Devil you have no power in this place.”  Almost instantly, I felt a tingling sensation, kind of flopped like a fish one time and began to speak in tongues for a short while. Then there was this awesome Presence in the room I've never felt before. I knew it was Jesus. It was not a being, but more like a mass that filled the room. My eyes were closed but yet I could still feel it. I can't wait to experience His Presence many more times in this life and the next.  When I did open my eyes, I looked to the left and the black moths were gone. I began to thank God for revealing His awesome, powerful Presence to me. I'll never forget that moment.   The last time I went over to the ottoman to pray, I began to cry and weep, still asking for God's forgiveness.  I knew God forgave me through the blood of Jesus Christ and revealed His powerful presence to me. But I still was embarrassed and remorseful for what I had done. I continued to thank Him for His great undying love, His great mercy, His steady peace, His kindness to me, and for Jesus’blood that just saved my soul.     As I was finishing up my last prayer session at the ottoman, I knew now that if I died, I was going to Heaven.  But I asked the Lord to please let me live. If I was to die tonight, they would find drugs in my body. My parents were prayer warriors, faithfully serving Jesus all their lives.  I knew that if that were to come out, they would be brokenhearted and I felt their reputations as believers in Jesus would be scarred.   I told the Lord, “I know that you forgave me, accepted me back, and love me.  For the love of my parents, will you let me share my testimony with them so they can see that their hard plowing in prayer was not in vain?”   I finished praying, collected my things, and left the hotel.     As I drove home with little sleep, I realized that the drugs were seeping through my pores. I can't describe what it smelled like other than foul, something rotting, or death. I first noticed it when I was collecting my clothes together. The smell was all over the room.     I managed to get home safely, thanks to God’s protection.  I was exhausted and craved sleep.  However, I felt the need to write down this testimony. It was so fresh in my mind and I didn't want to leave anything out.  As I was writing, I noticed the top of my hand was red with a rash and shriveled looking. The bottom of my hand was very white. It looked seriously as if it suffered from malnutrition.   Saturday, June 13th, I woke up feeling better. As I finish writing down this experience, my muscles, especially in my legs, are very sore. My hand rash is just about gone and my skin is back to smelling normal. I'm able to eat a normal portion of food now, instead of just a few bites. God has healed my body and given me another chance. I am so grateful for the miracle He has done in my life. Lord, I’ll never forget what you’ve done for me. 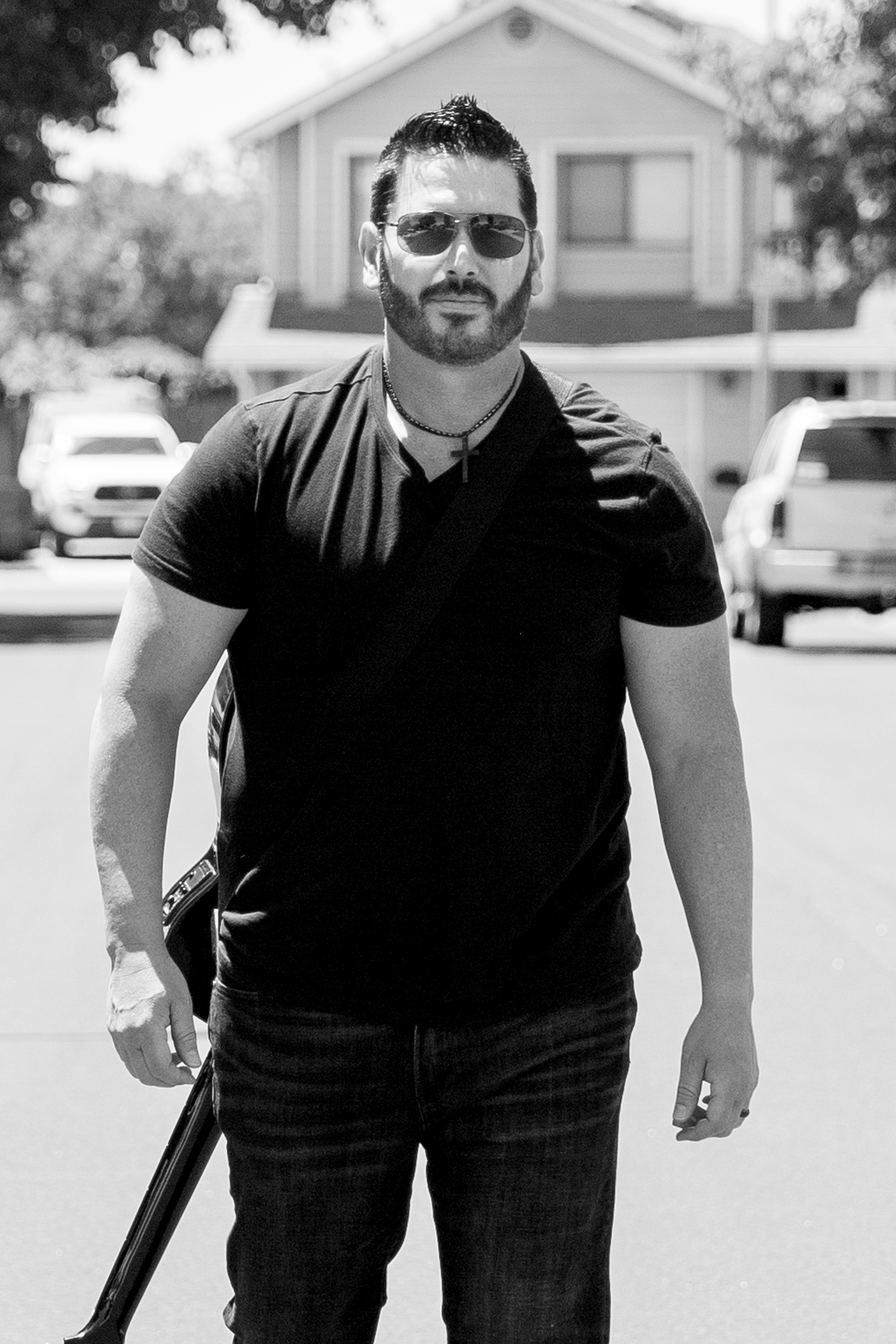 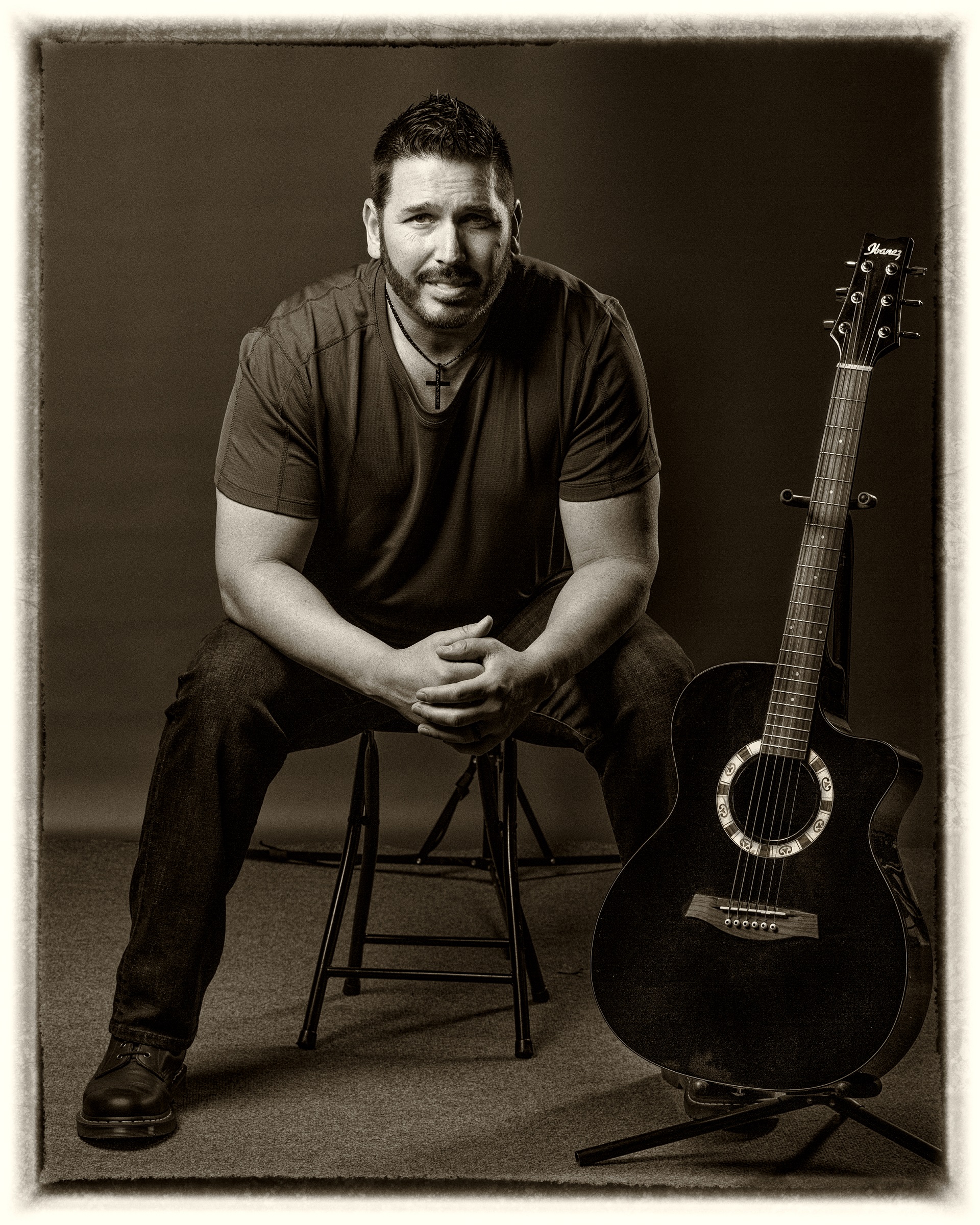